A Halloween weekend party was supposed to be an outdoor BBQ, but an unseasonal snowstorm in New York put a literal damper on that. The party went on, indoors, and I showed up with my own inside variation of a campfire favorite—s’mores.

Since trying a S’mores cupcake from Magnolia (see “NYC Cupcake Crawl I: Magnolia Bakery“), I’d been wanting to try my own version. Our complaint about Magnolia’s was that, while tasty, it needed more chocolate and more marshmallow to really be a S’mores. Theirs had a graham cracker cake with a marshmallow-chocolate topping. I turned that on its head, baking a chocolate cupcake and putting the graham cracker, chocolate, and marshmallow on it. 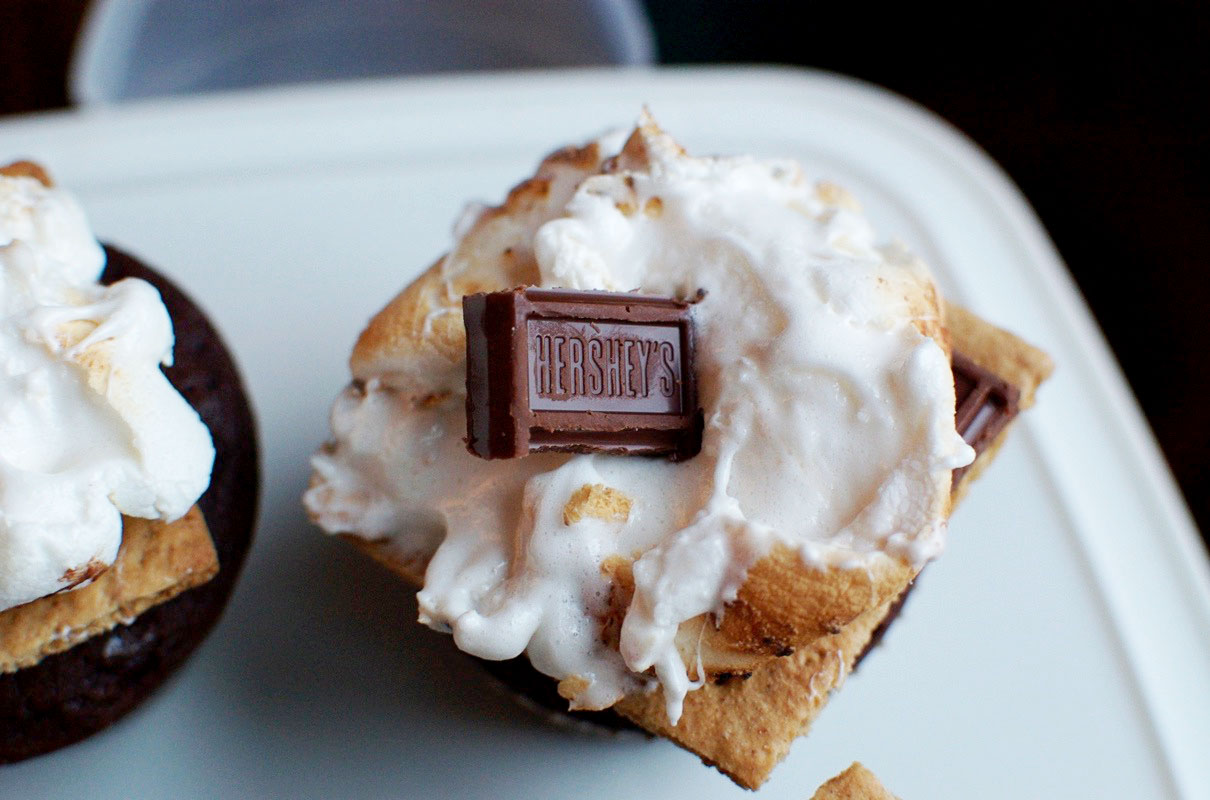 I baked a batch of chocolate cupcakes using one of my go-to recipes (the same I used here).

While they cooled, I assembled my supplies:

I glued a square of graham cracker to each cupcake with leftover icing I had frozen from other recent projects and stuck two pieces of a Hershey’s bar on top. My thought was that the roasted marshmallows would melt the chocolate and hold it all together. In practice, the stability of my construction was questionable, however, so I also used some icing to glue the chocolate squares to the graham cracker. (No one complained about the extra icing!)

It was a perfect chilly day to grab a friend for roasting marshmallows. We skewered the sweet white puffs on chopsticks and held them over my stove, as snow fell outside my windows. A properly roasted marshmallow takes patience, I remembered from childhood campouts and hayrides. We did our best, but a few went up in flames, and getting the freshly roasted marshmallows onto the cupcakes was a little messy. But isn’t that the way it is supposed to be?

Thanks go to my sister-in-law for brainstorming this concept with me and to Jen (who was also my photographer for this post) for helping roast the marshmallows and wrangle their super-sticky goodness.